Cruising is something that a lot of people are on the fence about. The idea of travelling by boat and exploring several destinations in a relaxing manor is enticing. However, it also comes with a few fears; boredom from being on the water too long, being to slow-paced, or even being too fancy. At least, that’s how my mom and I both felt. That is, until we tried a Viking River Cruise.

In December of 2017 we both wanted to experience Europe’s Christmas markets. It would by my third time and my mom’s second. Our last trip we did everything by plane and train and while it was fun, it was tiring. This trip we wanted something more relaxing so decided to give the Romantic Danube Christmas Market river cruise a chance. By the end of the 8 days, we fell in love with this way of travel and based on our experience I would honestly suggest a Viking River cruise to any first time cruisers. As a former first time cruiser with plenty of hesitations, I thought I’d share my viking river cruise review for those who need a little extra inspiration of convincing.

Disclaimer: My mom and I were guests about the Viking Long ship Jarl for the Romantic Danube Christmas Market Cruise. All opinions are, as always, my own.

My Viking River Cruise Review: Why You’ll Love it as a First Time Cruiser

I’ve always sort of had this notion that cruising is for people who want to see the world and travel without really having to do much. This is not at all the case with Viking. We were up and off the boat before 9am most days ready to explore the city on walking tours that lasted about two hours (up to four hours for the excursions that included a bus tour).

Afternoons were usually free time to explore more of the port, or you could join one of the optional tours for a more in-depth experience in the area or even have a chance to explore another outlying city. Sure, you could stay on board all day if you really wanted to, but rarely did anyone stay behind.

This was perfect for me because I suffer from FOMO (fear of missing out). However, since we had full port days I felt like I had a good amount of time to explore each place and see and do what I wanted. Which left me feeling like I had actually visited and seen the port city’s, not just rushed through them. 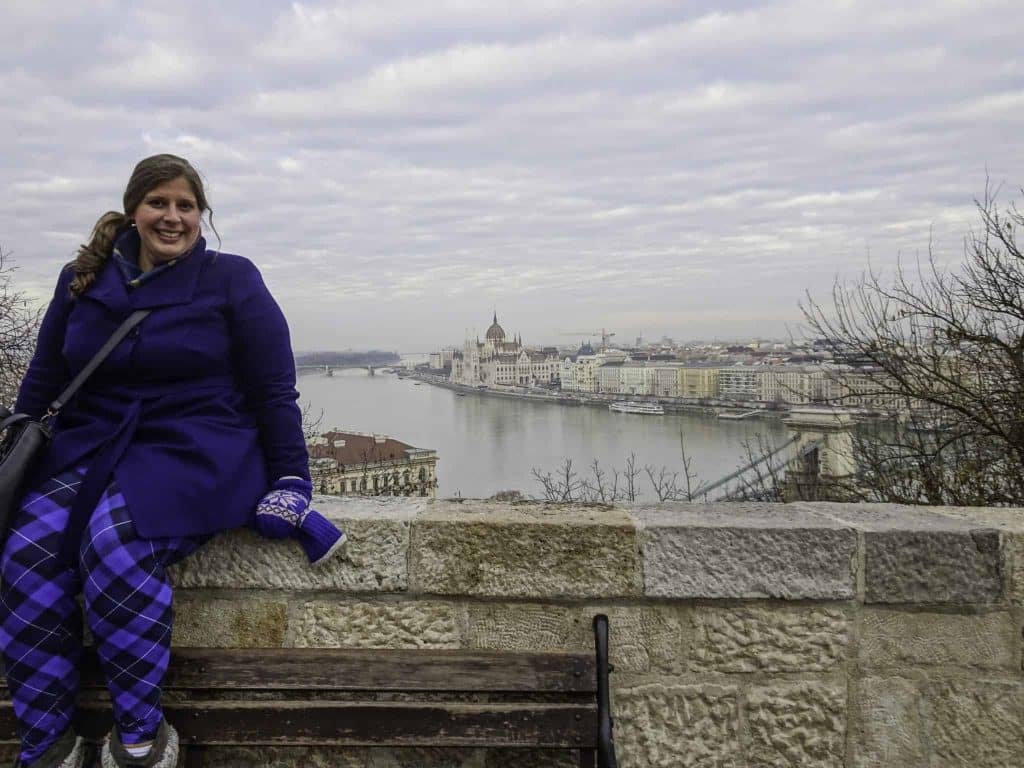 I love water and I love boats but the idea of being stuck on one had me wondering if I might find it boring.

Most of our sailing was done in the evening or nights; after a full day of exploring. The sailing that we did do during the day was stunningly scenic and had me wishing it lasted longer. The Wachau   Valley in Austria was the scenic cruising highlight of our tour, and despite the chilly weather and bit of rain the crew set up covered areas for us to sit on the top deck and watch as we cruised by the castles and villages. The chef even sent up gluhwein for those of us who chose to brave the outdoors which was delicious and much appreciated!

For those worried about sea sickness, it didn’t seem to be a problem on the calm rivers. A few people on our tour reported that they normally got sea sick but this cruise wasn’t a problem for them at all. Of course, since you are on water, it’s not a perfectly smooth ride but I found the most movement to be inside the locks when they boat kind of shook a little back and forth as the water rose. While the movement was noticeable, I wasn’t stumbling around because of it and it didn’t make me feel unsteady or uncomfortable. 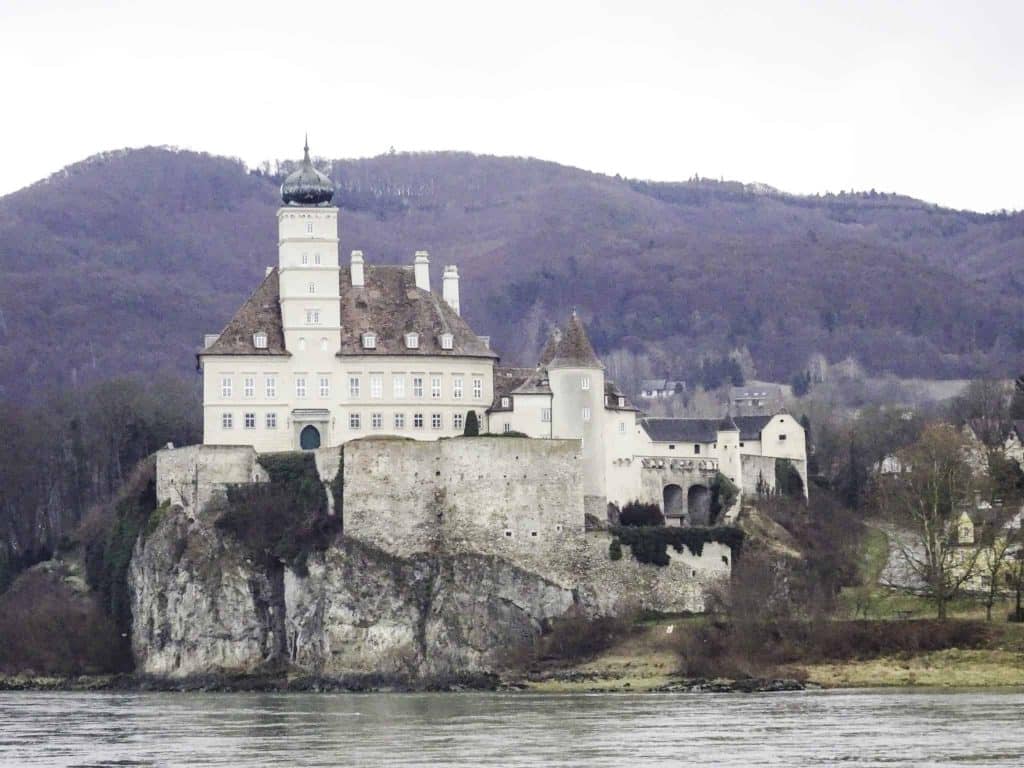 Viking River Cruises are Not Just For Boring, Old People

Perhaps my biggest thought about cruising, especially river cruising, was that it was for old retired people. I had this vision of elderly grandparent type people tottering around with canes and walkers during the day and going to bed by 8pm.

I’m not going to lie; the majority (but not all) of passengers were older, retired people. At 28, I was definitely the baby on board, but it was never awkward or weird. I met some amazing people who I laughed and joked with well into the night. In fact, any of them stayed up later than I did (I’m pretty sure I’m secretly a 90 year old woman on the inside).

While tours were sometimes a little bit slower paced to accommodate everyone, nothing ever felt too slow. In fact, Viking offers two types of free tours; a normal-paced one and one for people who did need a little more time. I thought this was an awesome way to ensure everyone had the best experience possible, especially since some of the streets we explored were narrow and had uneven cobblestones.

Yes, the majority of fellow cruisers were physically older than me. But, honestly, some of them were tons fun. At the end of the day, age is just a number and my Viking river cruise proved that. Many fo the people I met on board shared a lot of the same interests as I do which made them great company and I even left with a few new friends who I plan to keep in touch with.

Our Viking River cruise offered an included experience or tour in every port we visited, but they weren’t mandatory and even if you did choose to go on them, there was still plenty of free time after to explore on your own. Since the Viking River long ships are actually not that big, they get prime docking spaces. In Budapest, Passau, and Regensburg we literally walked off the ship and into town. In Vienna, we were a five-minute walk from a metro station that would get us to the city centre in under ten minutes. Nuremberg was the only port where we had to dock outside of town, but even then there were complimentary shuttles on the day everyone arrived so they could go into town and explore. The cruise definitely enhanced the experience, but in no way did we find it limiting.

Another huge perk that I need to mention was embarkation and disembarkation. On the bigger ships, I imagine that you can spent (or waste) a lot of time waiting. With a Viking River Cruise, everything is well organized. You’re assigned a group number for tours and excursions ahead of time and everything is marked off so you know exactly where to go. Plus, since there are only a couple hundred people instead of a couple thousand, it’s a realtively fast and easy process. 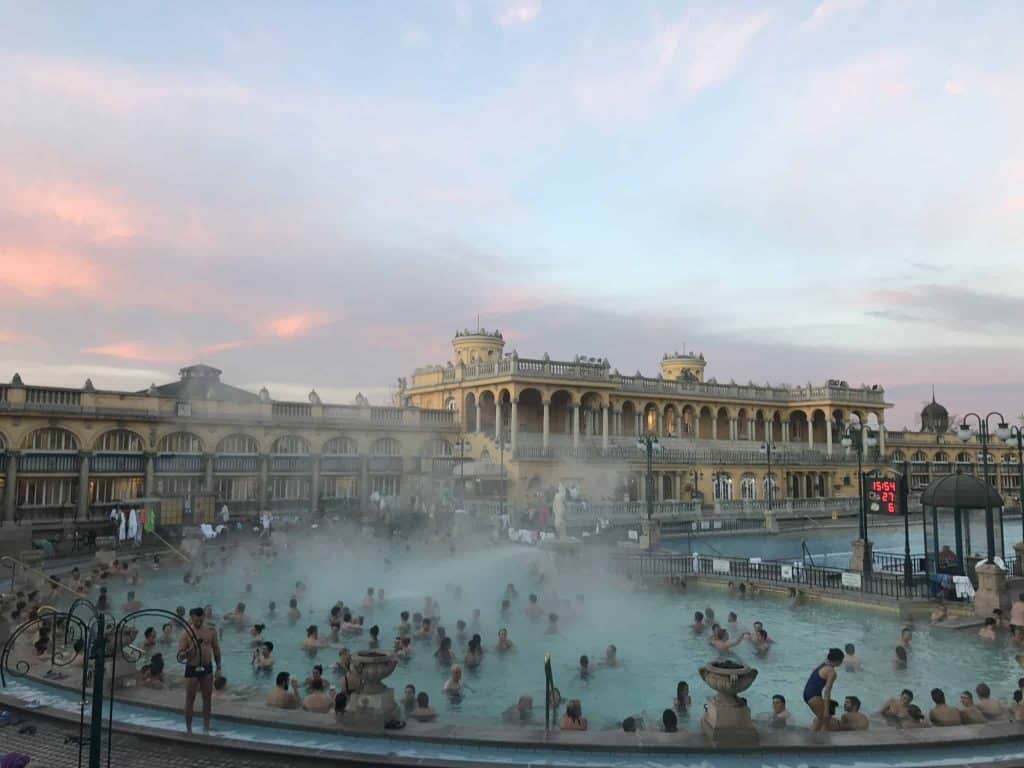 One of the things I hear the most about cruises is reference to the formal night. Now, don’t get me wrong, I love my cute dresses, but I don’t have a ball gown in my closet. Thankfully our Viking River cruise didn’t have a formal night, but I still stressed a bit about what to wear and ended up packing way more than needed, you know, just in case. I was pleased to find out though that the experience, including dinners, was pretty casual. Sure, you could dress up if you wanted (I wore one of my Cherry Velvet dresses for our goodbye dinner) but mostly I just wore jeans and a nicer top or sweater at dinner. My favourite go-tos for this were my Diane Kroe origami top and layer jacket- both of which I was easily able to transition from day (with my favourite leggings) to night with a pair of dark jeans.

*pssst: You can save $10 off your Diane Kroe order with promo code HANNAH10

I’m not going to lie, I had a few concerns about cruising, but after my Viking River Cruise I can officially say I’m a fan and so is my mom. As someone who travels for a living, I found this type of travel to be incredibly relaxing but still rewarding in all that I managed to see and do. After so many independent and self-planned trips, it was really nice to have things organized and taken care of for me. It felt like a real vacation and was a great experience to share with my mom. In fact, my mom and I loved our Viking River cruise so much that we’re both already eyeing other Viking routes with thoughts towards the future. 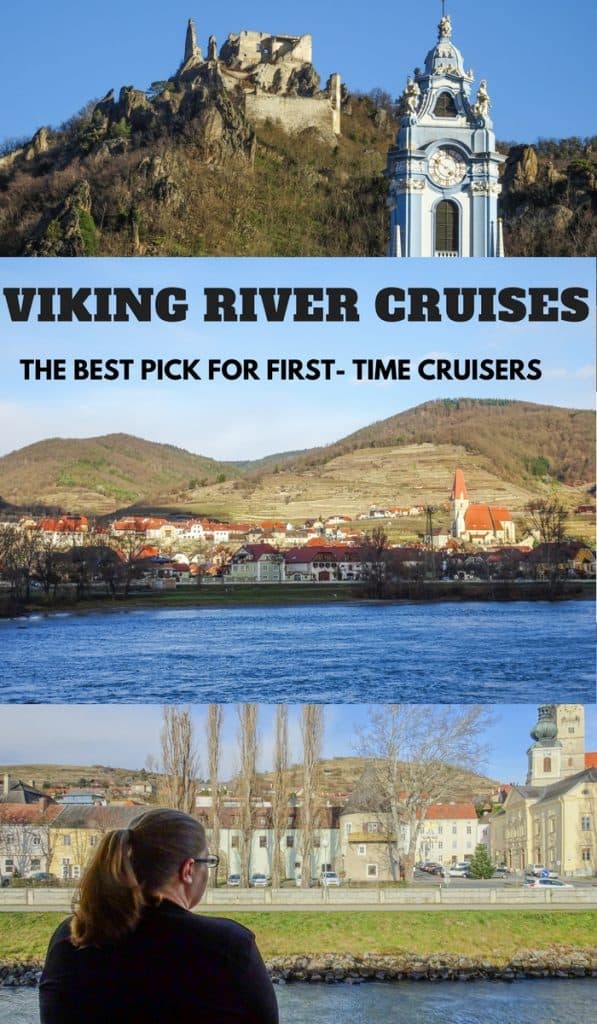 When people talk about French Polynesia they talk

I found paradise at the @fsborabora ⁣ ⁣ I’ll

Postcards from Mo’orea ⁣ ⁣ (Save these tips

Living my best life as a tropical island princess.

Welcome to Polulu Valley. (Save this if you want t